ALL THEATRES ARE CLOSED UNTIL FURTHER NOTICE, DUE TO COVID-19.
News > Kate Bosworth never dreamed of wedding 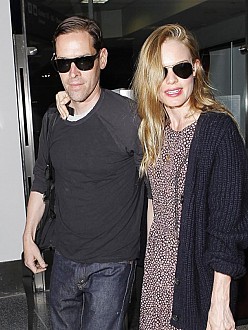 Kate Bosworth never thought she would get married. The 30-year-old actress tied the knot with film director Michael Polish on August 31 at The Ranch at Rock Creek in Montana, and their relationship is based on them always being ''100 per cent honest'' but she never dreamed of being a bride. The Big Sur said: ''I never actually thought about what I wanted for my wedding. There are some women who know exactly, from the moment they can speak.'' Michael broke his foot two weeks before their wedding in a motorcycle accident and the crash ensured she didn't get cold feet before their nuptials. Kate, who previously dated Orlando Bloom and Alexander Skarsgard, said: ''There was this moment of him in the ER hospital bed, battered and bruised, and it was like, here we are, for better or worse, sickness and health.'' The super svelte actress only adopted a healthy lifestyle shortly before her wedding and previously existed on junk food. She told the November issue of Lucky magazine that she ''lived on'' calorie-laden foods including pizza and pasta throughout her twenties. However, the blonde beauty is much more careful about what she eats these days. She said: ''Now it's about sustaining energy.'' Kate loves to whip up romantic meals at homes rather than dining out all of the time as she enjoys ''cooking and dancing in the kitchen.''