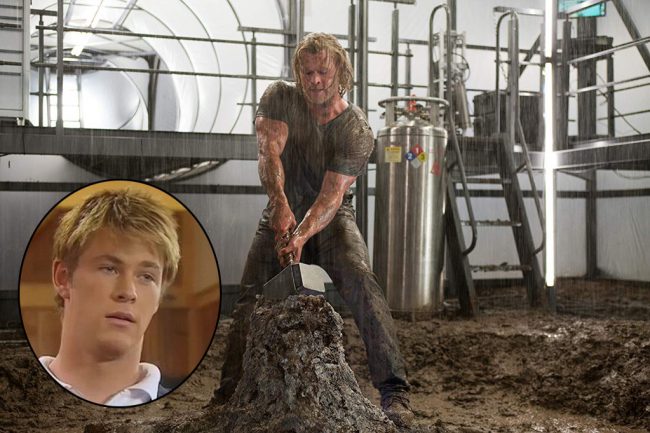 In North America, most first saw Chris Hemsworth as Thor, known for his rippling muscles and massive build. But Chris didn't always look like that. A tall young man at 6'2", he had an average-sized build. He got his start with guest roles on Australian TV productions such as Neighbours and The Saddle Club (inset). He went on to play George Kirk in the 2009 movie Star Trek, but shortly after, he was cast as Thor and had to bulk up by eating every two hours and working out with weights, strength-building exercises and cardio, which successfully transformed him from a guy with an average build into a superhero.