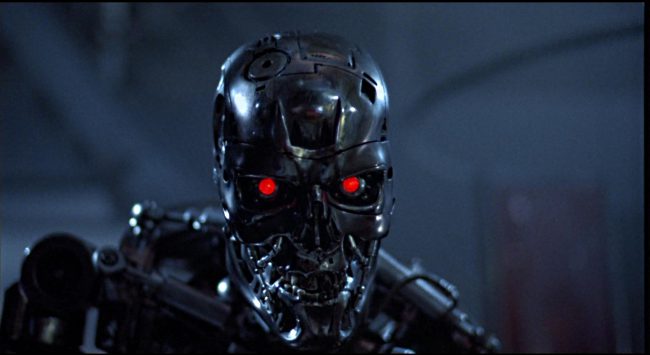 There's another way the first film in the blockbuster franchise might have ended. Rather than Sarah being wheeled off in an ambulance to an uncertain future, the alternate ending for The Terminator had the microprocessor chip (i.e., the brain) of the T-800 being found by scientists investigating the scene after the epic final battle between Kyle Reese (Michael Biehn), Sarah Connor (Linda Hamilton) and the Terminator (Arnold Schwarzenegger). They say they'll send the chip to "R&D" at which point the camera pans out to show the building they are in belongs to none other than future Terminator creator, Cyberdyne Systems. Yeah, my head hurts too.