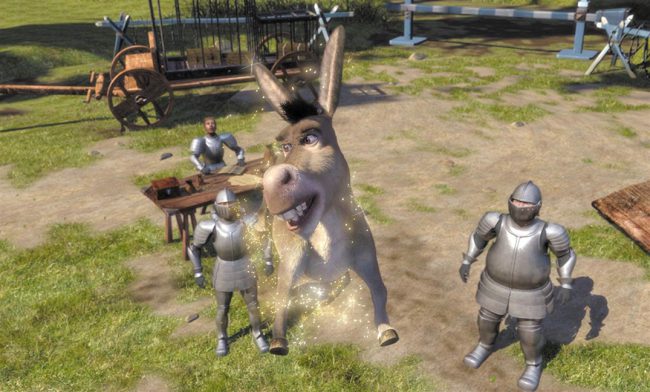 Movie Theories That Will Blow Your Mind

This one is pretty unsettling to think about. According to one fan theory, Donkey is actually one of the boys who were turned into donkeys at Pleasure Island in Pinocchio. It’s not that hard to see. After all, Pinocchio himself shows up in Shrek, so why couldn’t other characters from that movie do the same? Donkey doesn’t belong to any specific fairy tale like the other characters, his ability to talk is never explained, and when he and Puss switch bodies in the third film, Puss can’t control his “hee-hawing,” similar to the way the boys reacted once they were turned into the animals. Even if this one isn’t true, we bet it has still changed the way you look at poor Donkey.