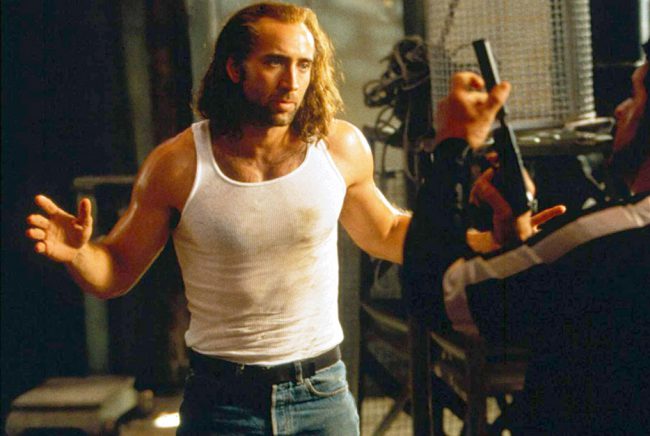 Nicolas Cage’s 1997 action classic Con Air is your classic '90s action flick. Cage is armed with a comically bad Southern accent, a laughable mullet, and a bevy of eclectic characters to face off against, making it hard to not be entertained by this film, despite its obvious flaws. How can you not love a film where you have an ex-Army Ranger threatening a convicted felon to “put the bunny back in the box!” while the film’s sweepingly cheesy theme plays over their fight.