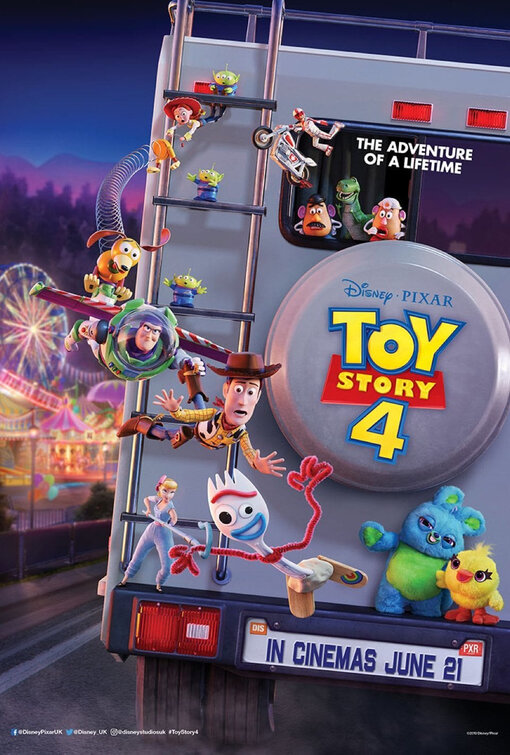 Pixar’s fourth entry in their franchise fends off newcomers to retain the top spot at the box office.

With only two new competitors to square off against this weekend, Pixar’s Toy Story 4 easily held onto the top spot at the box office. The animated sequel held strong for a weekend gross of $59.7 million, helping push its 10-day total to $238.7 million.

With only Disney’s The Lion King live-action remake on the horizon being serious competition in the family friendly demographic, look for Toy Story 4 to continue to hold strong and beat out Toy Story 3‘s series-best $415 million domestic gross, especially as school is now out and kids are on summer vacation.

Debuting in second was Warner Bros.’ latest entry in their Conjuring universe of films. Annabelle Comes Home brought in $20.3 million over the weekend, but combined with its early Wednesday release, the horror sequel has grossed over $31 million, keeping it in line with the franchise’s $35 million debuts from the previous two entries.

In third place was the Danny Boyle / Richard Curtis musical fantasy Yesterday. The Beatles-themed flick opened to the tune of $17 million at the box office. The film’s opening is a huge improvement over Boyle’s last two films, T2 Trainspotting, which grossed only $2.4 million during its entire run in 2017, and Steve Jobs, which earned just $17.8 million over nine weeks in 2015.

Holding steady at fourth was Disney’s Aladdin. The live-action reimagining of the classic animated film continues to do solid business, now in its sixth weekend of release. Even with competing family films like Toy Story 4 and The Secret Life of Pets 2, the film brought in a solid $10.1 million at the box office. Its weekend gross helped push the film past the $300 million threshold. In light of all the early negative reception in regards to the look of Will Smith‘s Genie, this feat is quite impressive.

Bringing up the rear in the top five was Illumination Entertainment’s The Secret Life of Pets 2. The animated sequel earned another $7.3 million, bringing its total domestic gross to $131.4 million after 24 days. ~Paolo Maquiraya