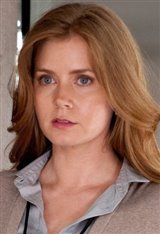 AMY ADAMS Date of Birth: August 20, 1974 Growing up in Denver, Amy Adams began her acting career doing musicals such as Crazy for You. She was spotted by a director for Chanhassen Dinner Theatres, and wound up appearing in shows such as Good News and Brigadoon in Minnesota. From there, Amy went to Hollywood in 1999, where after six weeks of auditioning, she landed her first job, a TV show called Manchester Prep. Unfortunately, it never aired, but was reworked into a straight-to-video movie... See All