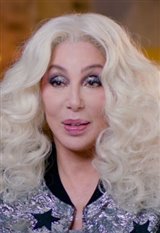 CHER Date of Birth: May 20, 1946 Cher, named Cherilyn Sarkisian LaPiere at birth, is well-known both as a singer and an actress. She was born in El Centro, California to John Sarkisian, a truck driver, and Georgia Holt (formerly Jackie Jean Crouch). Cher has one half-sister,Georganne LaPiere. Cher's mother, who wanted to be an actress and model herself, pushed Cher into acting despite Cher's undiagnosed dyslexia. Cher, who is part Cherokee, part French, quit school at the age of 16 to pursue a... See All