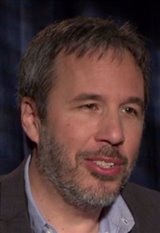 DENIS VILLENEUVE Date of Birth: October 3, 1967 Denis Villeneuve is a Canadian director born in Gentilly near Trois-Rivières in Quebec. Although he initially began studying for a career in science, he abandoned that to pursue his love of filmmaking, and enrolled in film study at Université du Quebec à Montréal. His younger brother, Martin Villeneuve, is also a filmmaker, who directed the sci-fi film Mars et Avril. Denis participated in and won the youth film competition La Course Europe-Asie in... See All