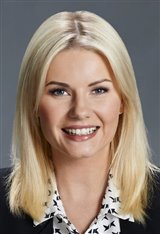 ELISHA CUTHBERT Date of Birth: November 30, 1982 Born in Calgary, Alberta, Elisha Ann Cuthbert later moved with her family to Longueuil, Quebec, on Montreal's southern bank. At the age of seven Elisha began modeling, then from 1997 to 2000 she was a correspondent for the informational television series Popular Mechanics for Kids. While continuing with the show, she made several appearances in feature films such as Nico the Unicorn (1998), Airspeed (1998) and Time at the Top (1999), in which she... See All