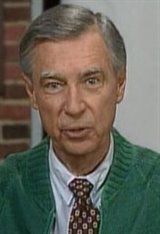 Fred RogersDate of Birth: March 20, 1928Beloved children’s television host Fred McFeely Rogers was born in Latrobe, Pennsylvania, just east of Pittsburgh. He was an only child until the age of 11, at which point his parents adopted a little girl. As a child, he greatly enjoyed puppets and the art of puppetry, which would later become a staple in his career. After high school, Rogers studied at Dartmouth College for a year before he transferred to Rollins College in Winter Park, Florida where he... See All