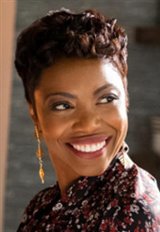 Heather Headley was born in Trinidad. In 1989, her family moved to Fort Wayne, Indiana, where Heather attended Northrop High School. After graduating, she went on to study communications and musical theater at Northwestern University, but wound up dropping out when she was cast in a stage production of the musical Ragtime. In 1997 she was cast in the role of Nala in the Broadway musical The Lion King. In 2000, Heather took on the title role in the Broadway musical Aida. Her performance earned... See All