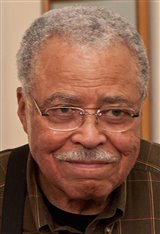 James Earl Jones Date of Birth: January 17, 1931 James Earl Jones was born in Arkabutla, Mississippi, to Ruth Connolly and Robert Earl Jones. His father, a successful film actor who appeared in the Best Picture Oscar winner The Sting (1973) alongside Robert Redford and Witness (1985) alongside Harrison Ford, left the family before James was born. James was subsequently sent to his grandparents in Michigan to be raised. He later graduated from the University of Michigan with a B.A. in drama in... See All