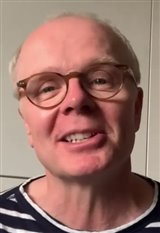 Jason Watkins was born in Albrighton, Shropshire, England. He trained as an actor at the Royal Academy of Dramatic Art, where he won an award for his mastery of accents. Following graduation, he began working on the stage. He joined the National Theatre Company and proved himself with critically acclaimed performances, including for his role in A Servant for Two at the Young Vic, for which he received a Laurence Olivier Theatre Award nomination in 2001 for Best Supporting Actor. However, it's... See All