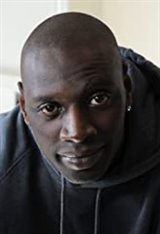 Thanks to his performance in the French film The Intouchables (2011), Omar Sy became an overnight sensation. Since then, he has been able to reach international audiences by making appearances in popular films such as X-Men: Days of Future Past (2014), in which he plays Bishop, and Jurassic World (2015), as Barry. With his parents having immigrated from West Africa, Sy was born in Trappes, Yvelines, France, and was the fourth of eight children. Before his appearance in The Intouchables, Omar... See All