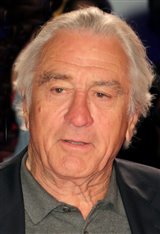 Born to a family of artists, Robert De Niro Jr. was a shy child who preferred paperbacks to playmates. He was able to overcome his timidity at age ten for his first stage role: the cowardly lion in The Wizard of Oz. Most of his time in his early teen years were spent on the streets, hanging out with a small-time gang. Acting eventually called him back, and his first paycheck came at sixteen with a touring performance in Chekhov's The Bear. From there, De Niro began a fifteen-year tour through... See All