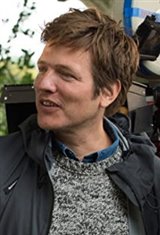 Thomas Vinterberg is a Danish director best known for his work in The Celebration (1998), Submarino (2010), The Hunt (2012), and Another Round (2020). Born in Frederiksberg, Denmark, he graduated from the National Film School of Denmark in 1993, where he created his short film, Last Round (1993), known as Sidste omgang in Danish. The film would give Thomas his first taste of success, earning him the Jury's and Producers' Awards at the International Student Film Fest in Munich and the first place... See All