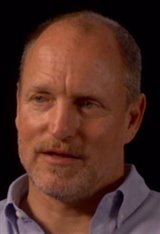 WOODY HARRELSON Date of Birth: July 23, 1961 Born Woodrow Tracy Harrelson in Midland, Texas, Woody Harrelson had a childhood unlike most other people. His father, Charles Voyde Harrelson, went to prison for life, convicted of murder when Woody was only seven. His mother, Diane, a legal secretary, raised her three sons in Lebanon, Ohio. After obtaining an English and theatrical arts degree in 1983 from Hanover College, Indiana, Woody went to New York City to pursue a career in acting. He began as... See All