What's On: Day 2 of the Toronto International Film Festival 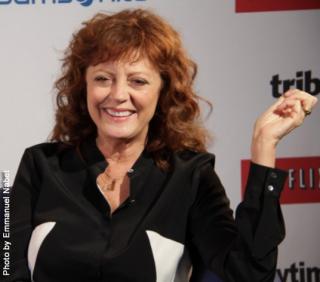 After a fantastic first day yesterday at the Toronto International Film Festival, we are now on Day 2 and there's plenty going on, including screenings, red carpets and a slew of celebrity interviews.

We'll be posting our own interviews right here on this site as soon as they're ready, including our chats with the stars of the Canadian-filmed Clifton Hill (which had its TIFF premiere last night), starring British actress Tuppence Middleton.

Flashpoint star Amy Jo Johnson is giving a free talk at TIFF Bell Lightbox on King Street (6th floor) at 11 a.m., titled Amy Jo Johnson: From Pink Power Ranger to Writer-Director and Everything In Between.

The first of the Festival Village Tours takes place today, starting outside the front doors of TIFF Bell Lightbox at 2:00 p.m. The 45-minute tour is free and has stops at Roy Thomson Hall, the Visa Screening Room at the Princess of Wales Theatre and the Industry Centre at the Hyatt Regency Hotel. If you can't make it today, there are tours tomorrow and Sunday starting at 12 p.m. and 2:00 p.m. (same location).

The U.K. film Blackbird has its world premiere at 9:30 p.m. Be sure to arrive at least an hour early if you'd like to catch stars such as Susan Sarandon, Rainn Wilson, Sam Neill and director Roger Michell walking the red carpet. ~Alexandra Heilbron