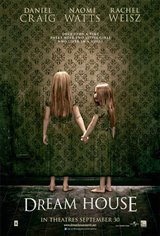 Will Atenton (Daniel Craig) quits his job as an editor in New York City and moves with his wife, Libby (Rachel Weisz), and their two little girls to a quaint New England town. But as they settle into their new life, they begin to hear rumors about the house being a murder scene. A mother and her children were found dead and the husband, who was shot in the head, was institutionalized.

When his little girls believe they've seen a man looking in the window, Will investigates and meets his neighbor Ann Paterson (Naomi Watts), who was close to the family that died. As Will pieces together the disturbing puzzle, he discovers his wife and children are dead and that he's believed to be the murderer.