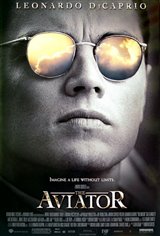 The story of aviation pioneer Howard Hughes (Leonardo DiCaprio), the eccentric billionaire industrialist and Hollywood film mogul, famous for romancing some of the world's most beautiful women. The drama recounts the years of his life from the late 1920s through the 1940s, an epoch when Hughes was directing and producing Hollywood movies and test flying innovative aircrafts he designed and created.

It also follows his descent into madness as his compulsiveness for cleanliness gives way to frequent outbursts and ticks. He turns away those closest to him, confining himself and emerging only when absolutely necessary.