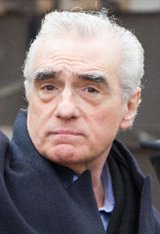 MARTIN SCORSESE Date of Birth: November 17, 1942 Hailing from Queens, New York, Scorsese had initially intended to enter the Roman Catholic priesthood. But while working towards an English major he found himself drawn to the film arts department and decided to change his career goals. During his studies, he produced two short student films; both of which won awards from film foundations and in regional festivals. After school, Scorsese started working as a film editor. But he soon realized that... See All