8 Search Results Found For: "after we collided" 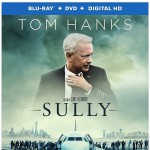 Former Blossom star Mayim Bialik, who currently appears in The Big Bang Theory, was rushed to the hospital after a collision on Wednesday afternoon in Los Angeles. The 36-year-old actress was driving alone at the time on Holl... 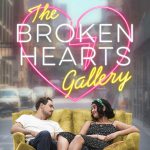 Actor Harrison Ford has been seriously injured after the plane he was piloting crashed into a Los Angeles golf course, shortly after take-off. The 72-year-old was flying over the Penmar Golf Course in Venice on Thursday ...

Bruce Jenner has spoken out following Saturday's highway crash in Malibu that left a 69-year-old woman dead and seven others injured. In a statement to the Associated Press, Bruce says that he's praying for the family of ...

The man who collided with Usher's stepson and caused his death in 2012 has finally been charged, and the list of convictions is long: homicide with a vessel, reckless operation of a vessel, unlawful operation of a personal wa...

The true story behind Rush

Sandra Bullock’s ex-husband Jesse James is engaged for the fifth time.The reality TV star – who has already been married three times including to the Oscar winning actress for five years until 2010 – has popped the question to his girlfriend Alexis De…