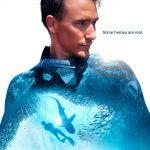 Sharkwater Extinction to screen at Planet in Focus Festival

Coming out on DVD and Blu-ray this week are several films worth a watch including Focus, McFarland, The SpongeBob Movie: Sponge Out of Water and Jupiter Ascending. After longtime con man Nicky Spurgeon (Will Smith) mee...

Will Smith charmed the fans in his latest film Focus, which secured the top spot on Tribute's list of top trailers of the week. Following close behind was the comedy Unfinished Business. Taking the third spot was the sci-fi m...

Meet Rob Stewart at the Planet in Focus Film Festival

Rob Stewart, director of Revolution and Sharkwater, has been awarded Planet in Focus' International Eco-Hero Award and you can get a chance to meet him on November 9 in Toronto. To honor the event, Planet In Focus will be ...

Drew Barrymore is focusing on motherhood. The 39-year-old actress – who gave birth to her second daughter, Frankie, with husband Will Kopelman last month – admits that although she ”loves” working on her beauty range Flower, she often works from hom…

Emma Watson to focus on university

Emma Watson has turned down films to focus on her university exams.The 23-year-old actress isÂ­ Â­studying English at Brown University in Providence, Rhode Island, US, where she will be sitting her finals and needs to concentrate o…

Kristen Stewart is out of ‘Focus’

According to the Hollywood Reporter, Ben Affleck, 40, and Kristen Stewart, 23, who were to star in Glenn Ficarra and John Requa's comedy film Focus have backed out. Affleck was up for the job but decided to leave the proje...

One of the most hotly-buzzed-about films at the festival, The Place Beyond the Pines, has found a domestic buyer: following its Friday night world premiere at the Princess of Wales theater, the film has been picked up by Focus Features for distribution… 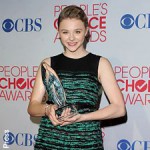 The 38th annual People's Choice Awards were given out last night and not long into the show, it became clear that the awards have become similar to the Teen Choice Awards, with kids able to vote multiple times online. For ins...