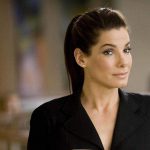 She might have not been armed with swords, daggers or guns, but this actress doesn't need weapons to kick ass. Sandra Bullock killed it in Ocean's 8 and we couldn't be a bigger fan. ... 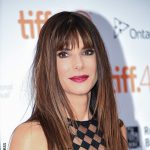 When Sandra Bullock opened up to InStyle magazine recently, she was emotional as she talked about the #MeToo movement, revealing that she has been a victim. 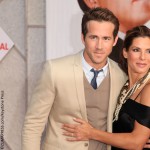 Co-stars in the 2009 hit comedy The Proposal, Sandra Bullock and Ryan Reynolds have just as much chemistry off screen as they do when the cameras are rolling. But, contrary to what many believe, their relationship isn't sexua... 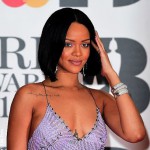 The highly anticipated, female-fronted Ocean’s Eight has now cast seven leading ladies. Find out who will be joining Sandra Bullock in the Gary Ross film! 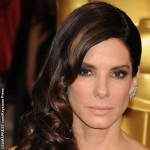 In June 2014, actress Sandra Bullock found herself face-to-face with a gun-wielding stranger who'd broken into her L.A. home. The stranger was 39-year-old Joshua James Corbett. She promptly locked herself and hid in her bedro... 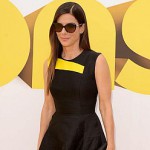 Sandra Bullock’s boyfriend has moved in with her. The 51-year-old actress is the “happiest she’s ever been” now photographer Bryan Randall is living in the home she shares with children Louis, six, and Laila, three. A source told E! News: ”Bryan has… 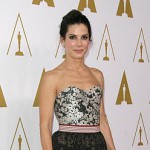 Sandra Bullock wouldn’t “survive” Hollywood today. The Gravity star doesn’t believe she has the “intestinal fortitude” to succeed if she had only just started out in the industry because she thinks there is an unwritten rule that stars must sell … 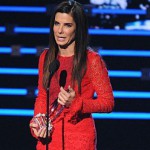 Sandra Bullock feels like she’s “always been waiting” for daughter Laila. The 51-year-old actress is already mother to five-year-old adopted son Louis, but further extended her family last December when she adopted three-year-old Laila. Speaking about… 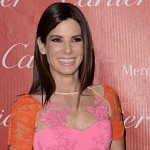 Sandra Bullock’s son urged her to adopt a child with ”some brown skin.” The ‘Blind Side’ actress revealed this week she has taken in three-year-old Laila, and admitted her five-year-old son Louis – who she adopted in 2010 – gave her some criteria fo… 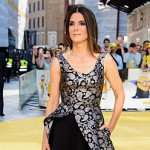 Sandra Bullock’s son chose ”the most inappropriate” Halloween outfit for her.The star revealed she was flicking through a costume catalogue with her five-year-old son Louis for matching outfits for the pair of them when he selected and…