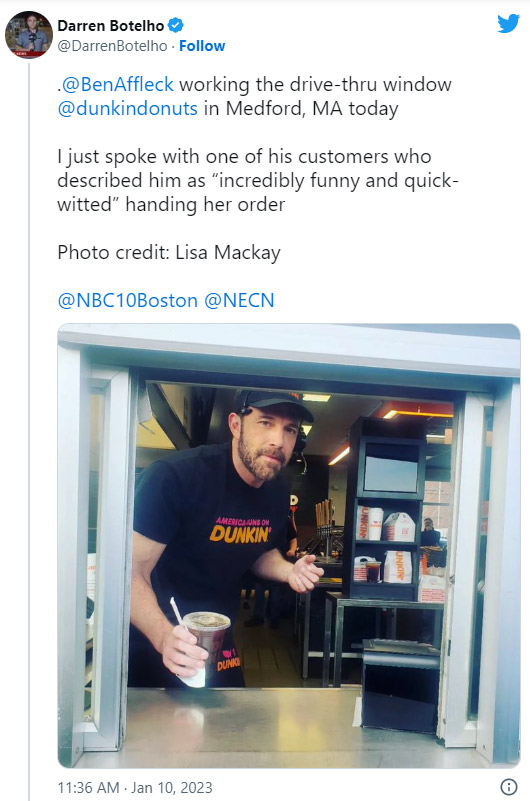 Customers using the drive-through on Tuesday, January 10, 2023 at a Dunkin’ Donuts in Medford, Massachusetts, couldn’t believe their eyes when they realized Ben Affleck was at the window, handing them their orders.

Local Lisa Mackay took a photo of Affleck wearing a Dunkin’ Donuts shirt and visor as he handed her an iced coffee at the drive-through window. She described Affleck to NBC10 Boston reporter Darren Botelho as being “incredibly funny and quick-witted.” Botelho posted Mackay’s snap on Twitter.

Boston native Affleck was at the drive-through to film a Super Bowl commercial, according to TMZ. His wife, Jennifer Lopez was one of the customers that drove through, but most of the others were locals who were amazed to see the Oscar winner serving them their donuts and beverages. 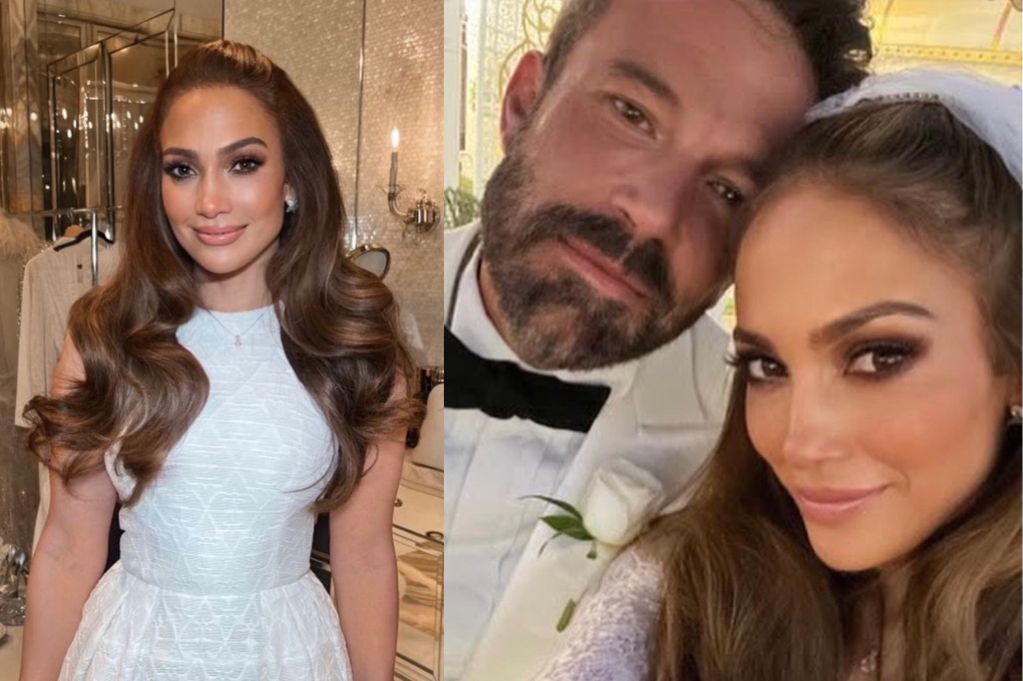 20 years after their initial engagement, Jennifer Lopez and Ben Affleck tie the knot in an intimate and spontaneous wedding at the Little White Chapel in Vegas! 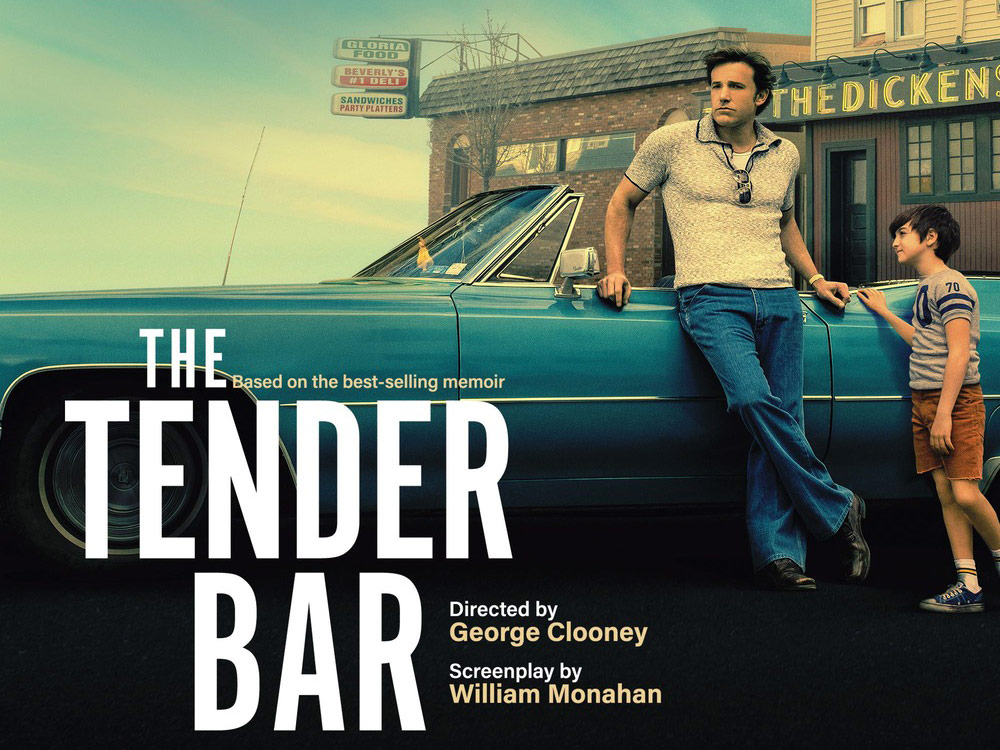