Frank Lucas’ life of crime started when he was just a little boy of six, living in North Carolina. Five members of the Ku Klux Klan showed up one night at the shack where he was living and killed his 13-year-old cousin, Obadiah, for looking at a white woman.

As the oldest boy in the family, Lucas had to put food on the table. He began stealing food and later, mugging drunks. He eventually had to leave home in his teens, after taking $400 from his boss and setting the man’s place on fire.

Lucas headed for Harlem, New York, where he continued his life of petty crime. He took a step up when he caught the attention of mobster Ellsworth “Bumpy” Johnson. According to Lucas, Johnson took the boy under his wing and showed him the ropes, although Bumpy’s wife, Mayme, claims Johnson never fully trusted Lucas and describes Frank as “little more than a flunky to Bumpy.”

However, when Johnson died of a heart attack, Lucas took everything he’d been taught by the man and started his own drug dealing business. He went one step further, when he realized American servicemen were getting their hands on drugs in Vietnam. Lucas flew over there and made arrangements to buy drugs at a much better rate than he could ever get in New York, and flew a friend in from North Carolina to build coffins for dead soldiers, complete with false bottoms where drugs could be stashed when the bodies were flown back to the States. 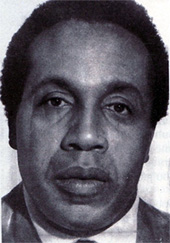 At one point in his career, Lucas boasted he was making a million dollars a day. He staked out a spot on 116th street in Harlem and killed anyone who tried to get in his way. His methods of intimidation worked, inspiring both fear and respect in those around him. He was well-liked, even by the police and judges that he often had to deal with.

In 1976, Lucas was sentenced to a total of 70 years in prison on drug violations. During a prison visit by his attorney, Gino Gallina, Lucas assaulted the lawyer after Gallina told him he’d “lost” $200,000 of Lucas’ money. Lucas threatened to kill him if he didn’t get his money back, and the man was gunned down gangland style on a Greenwich Village street shortly afterwards. It’s not clear whether Lucas was behind the killing, or the Gambino crime family, against whom Gallino was set to testify.

In 1981, Lucas’ sentence was reduced to time already served. He wound up back behind bars in 1984 when he was convicted of trying to exchange one ounce of heroin and $13,000 for one kilogram of cocaine. He was sentenced to seven years.