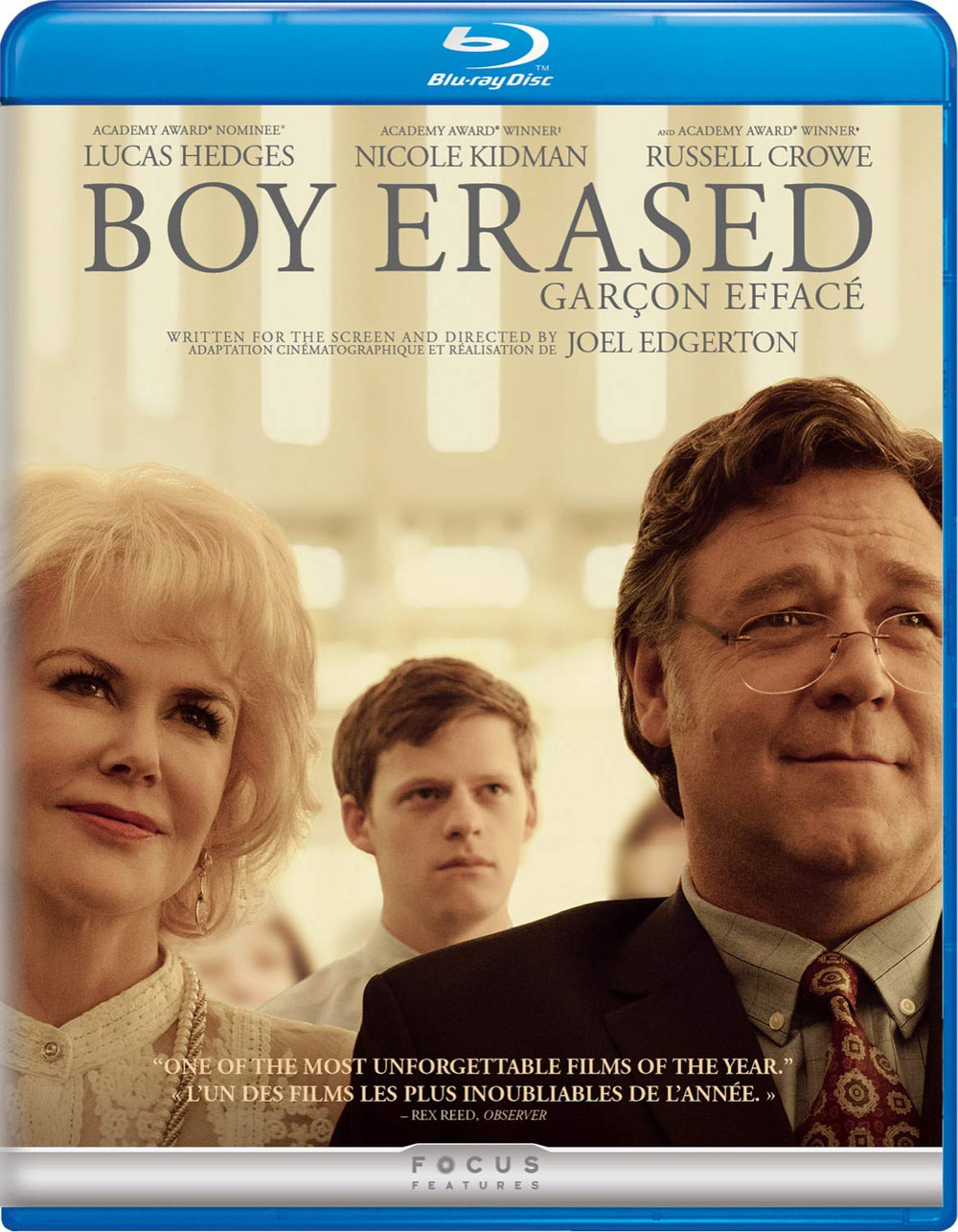 Based on a true story, this film follows the life of Jared Eamons (Lucas Hedges) and his journey through a conversion therapy program. Boy Erased is a film adaptation of Garrard Conley’s memoir Boy Erased: A Memoir of Identity, Faith and Family.

Jared is the son of Baptist pastor Marshall Eamons (Russell Crowe) and his wife Nancy (Nicole Kidman). When they discover Jared is attracted to men, he’s shipped off to a “Refuge Program.”

While at the conversion therapy program we see the events that brought Jared there. The teen struggled with his sexuality before the program, from his high school years into college.

Through Jared’s struggle to find himself, he is taken advantage of by a classmate named Henry, who suspects Jared’s sexual orientation. Later, Henry calls Jared’s parents, posing as a school counselor to out Jared. Mortified, Marshall forces Jared to tell him the truth.

Jared is then sent to a program run by Victor Sykes (Joel Edgerton), aimed at homosexuals and lesbians, in an effort to convert them.

Kidman and Crowe deliver award-worthy performances as the parents. Kidman infused her role with emotion and love as her character is torn between her husband’s wishes and her son’s confusion. Crowe, who gained weight for the role, is barely recognizable as the father. The two do an excellent job of showcasing the power of love and family.

This coming-of-age film was brought to life by director/screenwriter/producer Joel Edgerton. Not only did he do an exceptional job of adapting the film from the book, he also delivers an astounding performance as Victor Sykes. Edgerton fully immersed himself into the film and it shows. And because this is based on a true story, it’s fascinating to watch the bonus features on the Blu-ray to find out what inspired Edgerton to take on this project, and to hear from Garrard Conley about what he thought of the adaptation and of Lucas Hedges, who plays the role in the movie that’s based on his experiences. ~Emily Chavez

*Deleted and Extended Scenes – Up to 30 minutes of extra footage

*Jared Revealed – An interview with Lucas Hedges and Garrard Conley, who wrote the memoir Boy Erased: A Memoir of Identity, Faith and Family based on his life