A Star is Born 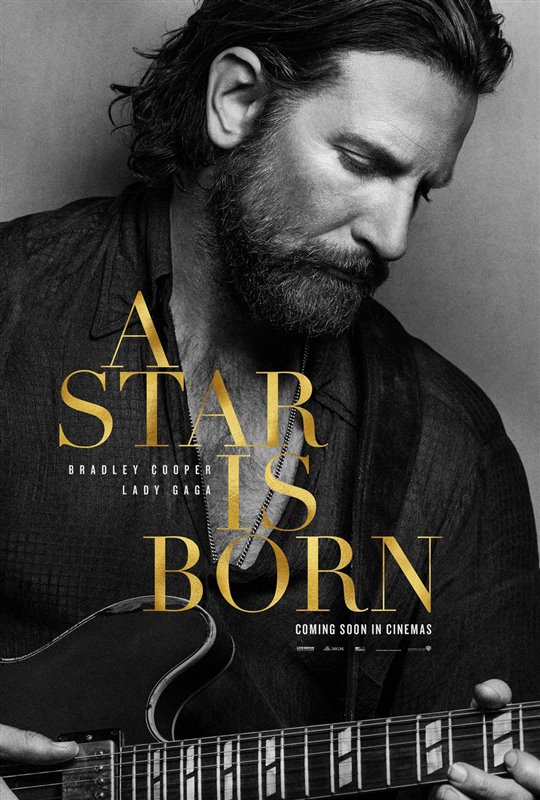 received a whopping nine nominations at this year’s Oscars, but noticeably absent was a Best Director nod for Bradley Cooper, who not only directed, but starred in, co-wrote the screenplay and produced the hit film, in addition to co-writing some of the songs.

It’s considered one of the biggest snubs of 2019 (along with Emily Blunt‘s absence from the Best Actress category for her SAG award-winning role in A Quiet Place).

During an appearance on the talk show Oprah’s SuperSoul Conversations, Cooper revealed, “I was embarrassed. I was at a coffee shop in New York City and looked down at my phone and [my publicist] Nicole [Caruso] has told me congratulations and said what we had been nominated for.”

His publicist neglected to tell him “the bad news,” as he puts it, adding, “I was embarrassed because I felt I hadn’t done my job.”

It’s always incomprehensible when a movie gets Best Actress and Best Actor Oscar nods in addition to Best Picture, but nothing for the director. However, Cooper shouldn’t feel too badly about the snub. Audiences love the film, which has done well at the box office, and it also has a 90 percent critic approval rating at rottentomatoes.com.

Not only that, but Cooper received Golden Globe and BAFTA award nominations for his directing debut with this film and stands to win three Academy Awards in total. Not only is he nominated for Best Actor, but as a co-screenwriter and producer, he could pick up a statuette if the film wins for Best Adapted Screenplay or Best Picture.

Vote in our poll below on this year’s Oscar snubs to tell us which was the biggest surprise. If we haven’t listed the nominee you think was overlooked, comment below to tell us who/which film should have gotten a nomination.

The 91st Academy Awards take place on Sunday, February 24, 2019. Click here to view our Oscars micro-site and to enter our Oscars contest for a 50″ LED TV. ~Alexandra Heilbron

We have an Oscars score sheet for you to print it out, then check off as the winners are announced Sunday night. Also, enter our Oscars contest for a 55″ TV!