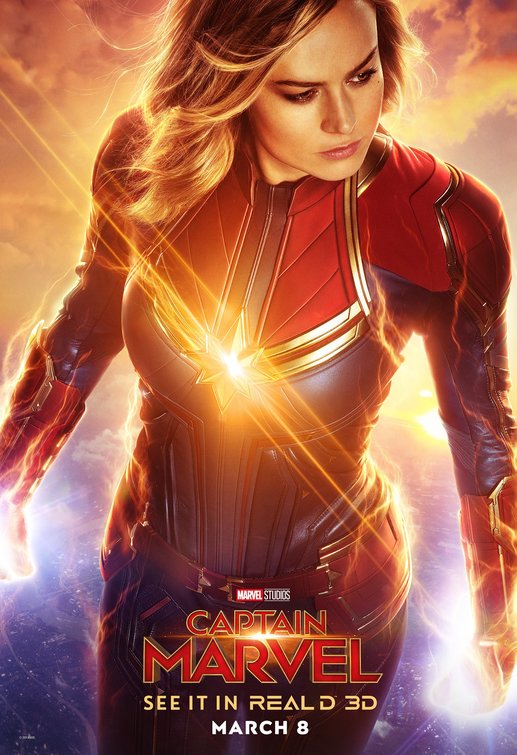 Having released on International Women’s day, Captain Marvel debuted in first place this weekend with $153.4 million in North America alone and $455 million globally, making it the fifth highest international opening of all time, the sixth largest worldwide debut ever, and the third highest March opening of all time. The first female-led MCU film stars Brie Larson as Carol Danvers, an Air Force pilot who gains superpowers after aliens shoot her plane down.

How to Train Your Dragon: The Hidden World was bumped down a spot to second place in its third weekend. Featuring the voices of Jay Baruchel, Gerard Butler and America Ferrera, the animated film earned an additional $14.7 million for a total of $119.7 million.

Tyler Perry’s A Madea Family Funeral came in third place this weekend with a total of $12.5 million. The film is the final installment in the successful Madea franchise, and has so far earned a total of $46.3 million during its two weekends at the box office.

Remaining in fourth place is The LEGO Movie 2: The Second Part. The film, starring the voices of Chris Pratt and Elizabeth Banks, earned an additional $3.9 million in its fifth weekend for a total of $97.2 million.

Rounding out the top five was Alita: Battle Angel starring Rosa Salazar as an abandoned cyborg who gets rebuilt into a deadly new body. The film earned an additional $3.2 million for a total of $78.3 million in its fourth weekend on the box office charts. ~Emily Chavez