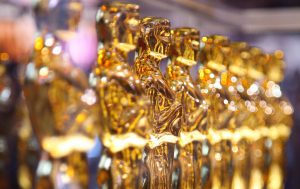 The 93rd Academy Awards is the latest show to be postponed due to the global coronavirus pandemic.

The Academy of Motion Picture Arts and Sciences has announced the annual ceremony will now take place on April 25, 2021. It was originally scheduled for February 28.

“Our hope, in extending the eligibility period and our Awards date, is to provide the flexibility filmmakers need to finish and release their films without being penalized for something beyond anyone’s control,” Academy President David Rubin and CEO Dawn Hudson said in a statement. “This coming Oscars and the opening of our new museum will mark an historic moment, gathering movie fans around the world to unite through cinema.”

In light of the delay, the Academy has extended the eligibility period to February 28, 2021. Nominations will then be announced just over two weeks later on March 15.

The Academy had already relaxed some of the eligibility rules in light of the pandemic. For the first time, films that premiere on streaming platforms will be eligible.

The Governors Awards gala has also been postponed to an unspecified date and the Academy Museum of Motion Pictures will now open in April 2021. ~Brie Davis