Guardians of the Galaxy 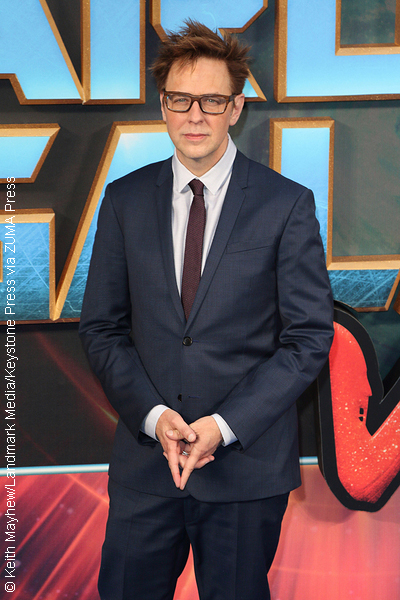 Following a story from the Los Angeles Times detailing allegations from 38 women about Toback’s sexual behavior, Gunn posted a lengthy message on Facebook explaining why he has been warning people about Toback since the ’90s.

“I have personally met at least FIFTEEN WOMEN, probably more, who say that he’s accosted them… for over twenty years now I’ve been bringing up James Toback every chance I could in groups of people. I couldn’t stop him, but I could warn people about him,” Gunn wrote.

Gunn added that while he didn’t witness the encounters firsthand, he said Toback “has done this” to two of his “very best” friends, as well as a family member who had been approached by Toback twice because he didn’t realize “she was the same person.”

“It’s important to say, I don’t have any firsthand information about any of this. But the stories are so eerily similar,” Gunn wrote.

Gunn also made reference to an article in SPY magazine in 1989 detailing Toback’s behavior, and claimed he’d spoken to people online who’d had similar stories.

“Statistically, it would seem his numbers would have to be at least in the thousands,” Gunn added.

Gunn went on to say that he recently thought Toback had “disappeared into obscurity and old age,” until Huffington Post published an article entitled “James Toback Gets Us, He Truly Gets Us,” which nearly made him sick. “I had hoped his exploits had become well known enough that producers wouldn’t finance his films and actors wouldn’t work with him.

“I’ve been hoping the Weinstein/O’Reilly stuff would bring this vampire into the light (him and a couple others, frankly). So I was happy today to wake up to this story in the LA Times,” Gunn continued. “I told the women who would come forward I had their back. This is me doing my best to fulfill that promise.”

Gunn also linked to the Times article breaking the story, the Huffington Post piece praising Toback and an issue of Spy magazine from March 1989 that discusses Toback’s behavior in the comments section of his post.

James Gunn’s full post can be read below. ~Hayley Michaud