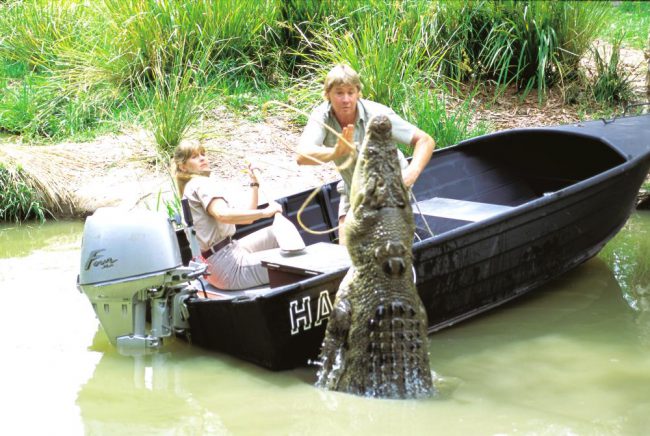 11 Actors Who Died on Set

Known worldwide as “The Crocodile Hunter,” Steve Irwin, who starred in the feature film The Crocodile Hunter: Collision Course alongside his wife Terri (pictured above at left), died tragically on set filming a documentary called Oceans Deadliest on a poor weather day. He and the crew had accidentally cornered a stingray who attacked him, piercing his heart and leading to him bleeding out shortly after.