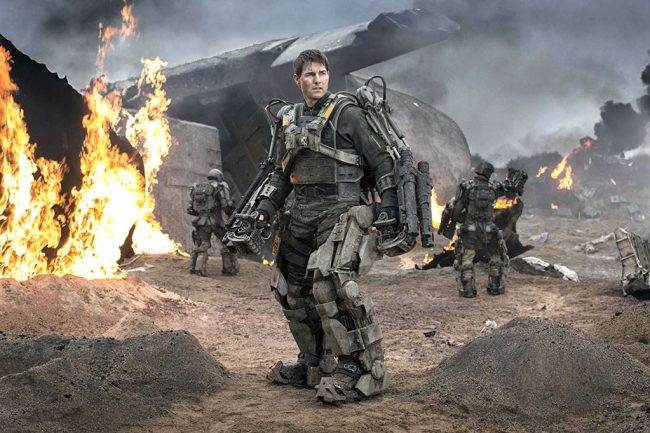 One of the more surprising, and confusing, action films of this decade is the 2014 Tom Cruise and Emily Blunt blockbuster Edge of Tomorrow. The confusion comes from the film’s marketing department, as the film is based on the Japanese novel All You Need is Kill. The film version was initially given the title Edge of Tomorrow, with the tagline "Live. Die. Repeat," which would later be emphasized and combined with the former title in the home video release as "Live. Die. Repeat: Edge of Tomorrow." All that said, the Doug Liman-directed film is essentially Groundhog Day as a war film and it succeeds on virtually every level, with thrilling action and an engrossing narrative with fun and compelling lead performances.