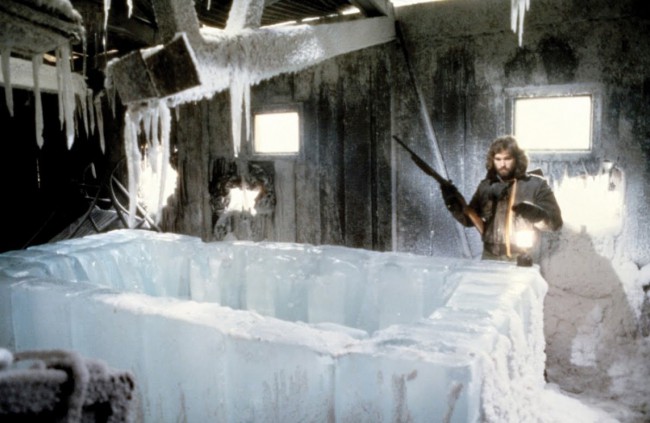 John Carpenter's horror remake of the classic Howard Hawks-produced paranoia film, The Thing From Another World (which in turn was adapted from John W. Campbell's short story, Who Goes There?), does what many truly great remakes do: it latches onto one thematic element from the original and fleshes it out into a unique perspective on the same story. With the original delving so deeply into Hawksian thematic territory - the notion of a tight band of men versus the "other" - Carpenter's horrific take on the tale skews that theme and turns it on its head. No longer is the theme just about man's fight against the other; it's now about man's fight against the other within his fellow man, and worse, the other within himself.