Features > Pirates of the Caribbean 5 – who’s new, returning or gone 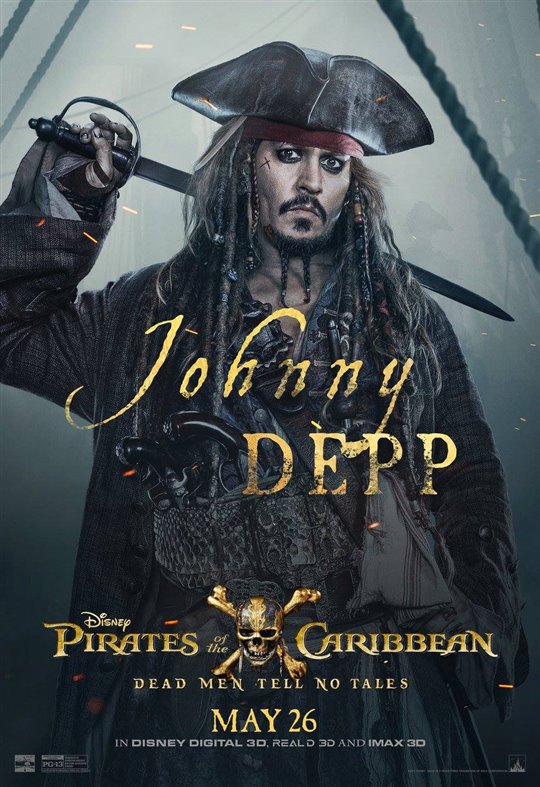 The first movie in the Pirates of the Caribbean franchise, The Curse of the Black Pearl, made its debut in theaters almost 14 years ago. Since then, there have been four more films released, making it a solid series. Obviously, every successful film franchise usually has its own recurring set of characters that everyone falls in love with, and Pirates is no different.

A number of different actors have come and gone that have helped bring this series to life. With the latest film in the franchise, Dead Men Tell No Tales, set to release next week, we decided to take a closer look at who’s new, who’s returning, and who isn’t coming back for the hunt for the Trident of Poseidon. ~Brenden Zerihun

Will Turner:
Will Turner will make his return to the series in the film Dead Men Tell No Tales, after not appearing in the fourth film of the series. The character is played by Orlando Bloom, and is portrayed in the movie as a free spirit. Will is an accomplished blacksmith, swordsman and pirate. He is also the son of the Bill “Bootstrap” Turner, and sails the seas in attempt to try and save him. 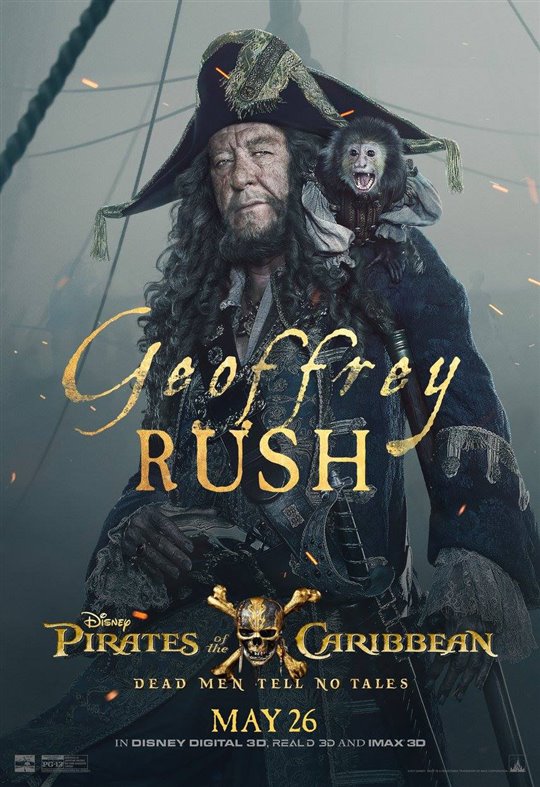 Hector Barbossa:
This character is played by Australian actor Geoffrey Rush. In the first film of the series, Barbossa is captain of the pirate ship Black Pearl, where he was the former first mate to Jack Sparrow. He managed to convince Jack to tell him where the treasure chest of Cortez is hidden, and after Barbossa finds out, he leaves Jack to starve on a tiny island. In the most recent film outing of the series, he is a privateer in the British Royal Navy and has to guide Jack on an expedition for the Fountain of Youth.

Jack Sparrow:
Played by Johnny Depp, this is the main protagonist in the Pirates series. The son of Captain Edward Teague, the legendary pirate embarks on many adventures throughout the series of films. He was once the captain of the ship “Black Pearl” before losing it to his arch nemesis Hector Barbossa. Jack is one of the nine pirate lords in the Brethren Court.

Joshamee Gibbs:
This character is portrayed by actor Kevin R. McNally, and appears in every film of the Pirates series. He is one of the most loyal and devoted mates to Captain Jack Sparrow. Normally drunk, but always reliable, Gibbs is considered an expert when it comes to pirate lore.

Elizabeth Swann:
Elizabeth Swann is played by Keira Knightley and appears in every film except for On Stranger Tides from the Pirates series. Her character is intelligent and independent minded. Elizabeth is married to Will, and they have a son together named Henry Turner, who will make his first appearance in the upcoming film. 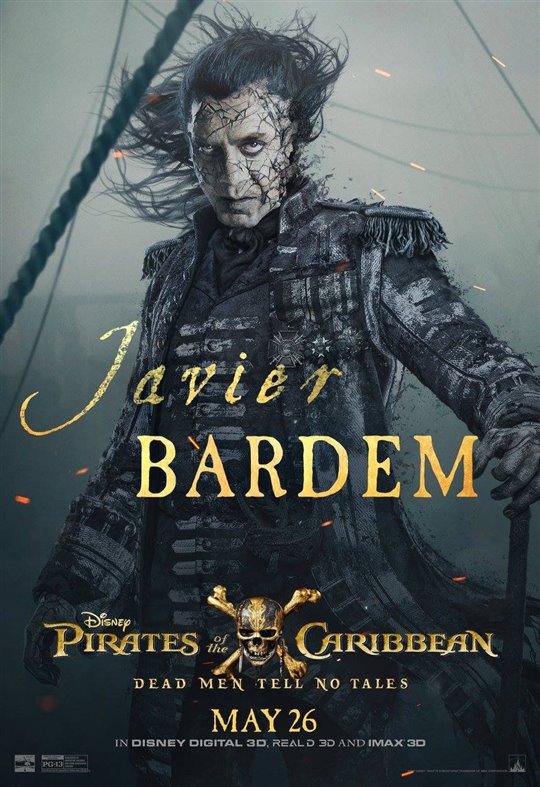 Captain Armando Salazar:
The antagonist from the upcoming Pirates film, Captain Armando will be played by Spanish actor Javier Bardem. After surviving the deadly Devil’s Triangle, where he was thought to be killed off, he instead resurrects with a ship full of ghostly pirates. Armando is on the hunt for the legendary Trident of Poseidon, so he can eliminate all of the pirates in the world.

Uncle Jack:
The latest film in the series will also bring in some unexpected names for the first time, including former Beatle Paul McCartney. The musician will play “Uncle Jack,” there isn’t too much information on his role besides that, but it sounds like he might play the uncle of Jack Sparrow in the film. 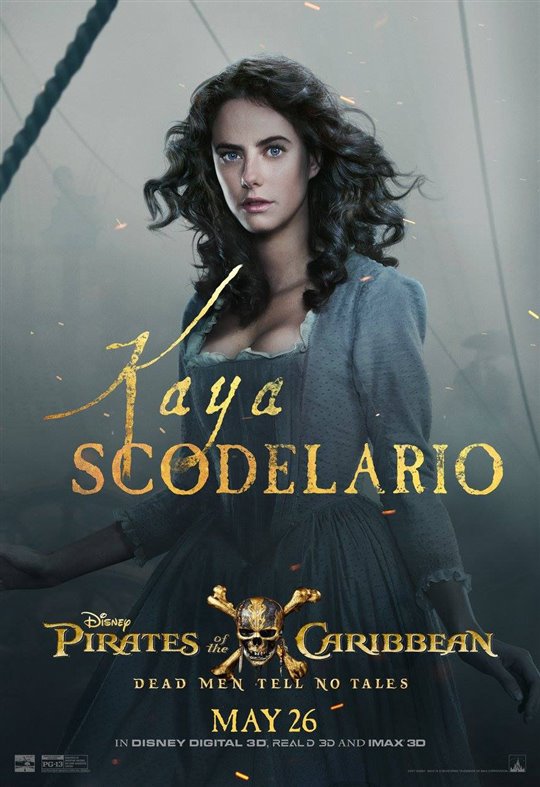 Carina Smyth:
This character will be portrayed by actress Kaya Scodelario in the upcoming film. Her character is an academically minded woman who wants to become an astronomer. In the movie, she is on the hunt for the Trident of Poseidon, and joins up with Jack Sparrow’s crew.

Henry Turner:
If you’re a fan of the Pirates series, you’ll remember when Will was setting sail as Captain of the Flying Dutchman, leaving behind a pregnant Elizabeth Turner. The scene appeared to mark the ending between the two for good, especially considering they didn’t appear in the fourth film. However, Will and Elizabeth are returning for this movie, and their son Henry Turner will be introduced for the first time. His character will be played by Brenton Thwaites.

WHO’S NOT COMING BACK 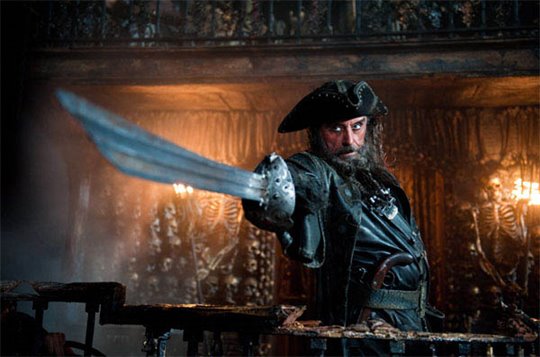 Blackbeard is the infamous English pirate who was the captain of the Queen Anne’s Revenge, before Barbossa took over. He knew it was only a matter of time before his death, because the zombie quartermaster predicted it would happen. His only hope to stay alive was to find the Fountain of Youth, but quickly learned this wasn’t going to happen upon arriving at the destination. He makes his only appearance in Pirates of the Caribbean: On Stranger Tides. The character is played by the actor Ian McShane, who has mastered playing the villain in movies like these. 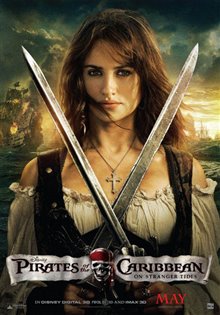 Angelica:
Angelica (pictured left) also appears in Pirates of the Caribbean: On Stranger Tides, as the daughter of Blackbeard and a love interest to Jack Sparrow. Fans of the series may remember she gets left on a deserted island with a loaded pistol. She tries everything to convince Jack to not leave her behind, but unfortunately it doesn’t work. Seeing as she doesn’t make an appearance in this film, it’s safe to say Jack never goes back for her. The character is portrayed by Penélope Cruz.

Lord Cutler Beckett:
This character is portrayed by British actor Tom Hollander. Cutler Beckett is the Governor of the East India Trading Company, and enemy to all pirates. His main goal was to recover the Dead Man’s Chest, so he would have the power to control the seas. After getting control of the chest, and the Flying Dutchman, Beckett began destroying every pirate ship in site. The character makes appearances in the films Dead Man’s Chest and At World’s End.

Tia Dalma (Calypso):
Calypso (pictured right) is a sea goddess played by actress Naomie Harris. She was owner and captain of the ship the Flying Dutchman, the infamous ghost ship. The ship’s purpose was to collect all the souls who died at sea and ferry them to the afterlife. It is considered to be one of the more feared ships across the Seven Seas. Calypso would end up giving control of the famed ship to Davy Jones. Her character makes appearances in the films Dead Man’s Chest and At World’s End. 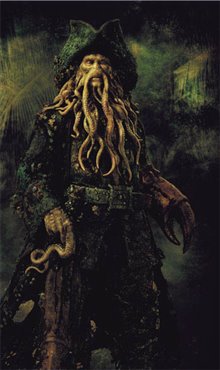 Davy Jones:
Davy Jones (pictured left) is a sailor (portrayed by Bill Nighy) who fell in love with the sea goddess Calypso. He was given the task of captaining the Flying Dutchman, as well as ferrying the souls who died at the sea. Calypso promised that in 10 years he would be free to be with her, but when the time came for Davy to step on the shore, she was nowhere to be found. This made Davy carve out his own heart, and lock it in the Dead Man’s Chest. Similar to the previous two mentioned, he makes his only appearances in Dead Man’s Chest and At World’s End.

James Norrington:
This character is portrayed by actor Jack Davenport, and appears in the films The Curse of the Black Pearl, Dead Man’s Chest, and At World’s End. James is a officer of the East India Trading Company and the British Royal Navy. He also was lieutenant aboard the HMS Endeavour, which was captained by Cutler Beckett. His love for Elizabeth would ultimately lead to his demise while aboard the Flying Dutchman. ~Brenden Zerihun

Which of these characters from the Pirates of the Caribbean movie franchise is your favorite? Vote below![poll id=”1204″] 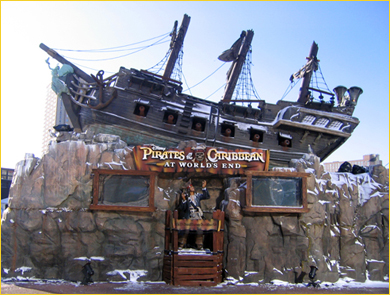 The Black Pearl Docks in Toronto