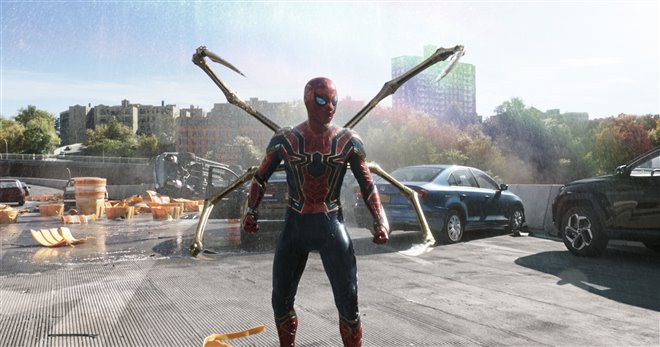 The week fans have been waiting for has arrived, and it’s producing all the hype we expected. Spider-Man: No Way Home has become the third-biggest global opening in box office history, the biggest opening weekend ever for a Sony film, and the highest-grossing debut of any film since the pandemic began.

The latest installment in the Marvel series, Spider-Man: No Way Home, concludes the Tom Holland solo trilogy and this time he’s up against familiar Spider-Man villains from prior flicks. The film was positively received, earning first place with a domestic total of $253 million. This is the first movie in a long time to make more than $100 million in its first week of opening.

This weekend’s second-place finisher was Disney’s Encanto, a lovely animated musical film that pays respect to Colombian culture. This family-friendly picture is expected to continue in the top five for the next several weeks. It earned an additional $6.5 million in its fourth weekend of release, bringing the total to $81.5 million.

Beloved musical romance and remake West Side Story fell from the top spot to third place in its second weekend of release. The film took in an additional $3.42 million domestically, bringing its total to $18 million. This is a cause of concern for Disney and 20th Century Studios, given that reworking this film cost $100 million.

Ghostbuster: Afterlife, which had been in third place, dropped a spot to fourth place. With an extra $3.4 million in sales, it now has a total of $117.2 million in its fifth weekend out.

Rounding out the top five was Nightmare Alley, a new thriller that debuted this week starring Bradley Cooper, Cate Blanchett, and Willem Dafoe. It tells the story of a carnival worker-turned-con artist with a gift for deceiving people. He teams up with a psychiatrist to defraud a dangerous billionaire, but becomes entangled in a complicated web of lies. It grossed almost $3 million in its first weekend. ~Manal Amir