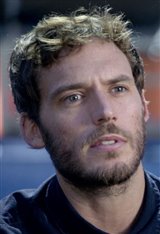 Born in Ipswich, England to a finance officer and a classroom assistant, Sam Claflin’s first dream was to be a professional soccer player. At only 16, he shattered one of his ankles during a game of soccer with friends and realized he would have to choose another profession. Because of this, Sam decided to pursue his second dream of acting.

When a teacher at his high school saw him perform in a school play, Sam was encouraged to take up drama. He soon joined the local youth group at Norwich’s Theatre Royal. In 2006, Sam gained entry to the London Academy of Music and Dramatic Art and graduated in 2009 with a BA in acting. While in school Sam performed in productions such as The Man of Mode, As You Like It and the musical Tommy.

Sam first debuted on screen in 2010 in the miniseries The Pillars of Earth. He went on to appear in the TV movie The Lost Future and the TV series Any Human Heart. A year later, Sam went back to his childhood roots to portray a professional soccer player in the TV movie United.

In 2011, Sam came onto the Hollywood radar after appearing in the fourth installment of the Pirates of the Caribbean series, Pirates of the Caribbean: On Stranger Tides. He portrayed Philip Swift, an attractive missionary who finds himself captured by a mermaid. A year later Sam appeared alongside Kristen Stewart as Prince William in Snow White & the Huntsman. He then starred in The Quiet Ones (2014).

Sam’s biggest role to date was as Finnick Odair in The Hunger Games: Catching Fire. Starring alongside big Hollywood names such as Jennifer Lawrence, Liam Hemsworth, and Josh Hutcherson, Sam also appeared in both of the final movies of the series, The Hunger Games: Mockingjay – Part 1 and 2.

More recently, he reprised his role as Prince William in The Huntsman: Winter's War (2016), starred in the romantic drama Me Before You (2016) opposite Emilia Clarke, and in the mystery drama My Cousin Rachel (2017) opposite Rachel Weisz. In 2018, he played the role of Captain Stanhope in the WWI drama Journey's End (2018) and starred alongside Shailene Woodley in the dramatic action/adventure Adrift (2018).

Since then, he has played Oswald Mosley on seven episodes of the popular British crime series Peaky Blinders in 2019, appeared as Alexander Brock in the big screen remake Charlie's Angels (2019), starred in the original Netflix romantic comedy film Love Wedding Repeat (2020), and plays Mycroft Holmes, the eldest brother of Sherlock and Enola in the Netflix film Enola Holmes (2020), starring alongside Henry Cavill and Millie Bobby Brown.

Sam married British actress Laura Haddock on July 30, 2013. They are the parents of a son and a daughter.