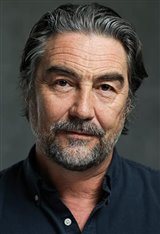 Nathaniel Parker was born in London, England, and is the youngest child of Sir Peter Parker, a former chairman of British Rail, and mother Jill. Growing up in London, Nathaniel attended Fox Primary School, Colet Court, and Leighton Park School. He then graduated from the London Academy of Music and Dramatic Art as the star pupil of the year. His first appearance onstage was in 1981 with the National Youth Theater, playing the title role in the Shakespearean drama, Richard III. Nathaniel later... See All