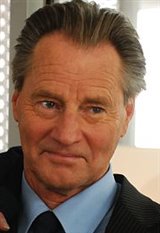 SAM SHEPARD Date of Birth: November 5, 1943 Sam Shepard was not only a Pulitzer Prize-winning playwright, but an accomplished actor and a rock musician. Growing up on a ranch in California, he studied agriculture at San Antonio Junior College. Shepherd first gravitated towards music, and took up theater only after his father began drinking heavily and the family situation dissolved — he escaped by joining a touring theatrical group called the Bishop's Company Repertory Players. In 1963 Shepard... See All