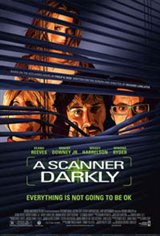 Watch Trailer
In a futuristic society, "the war on drugs" has essentially been lost. The most dangerous narcotic, Substance D, causes split personalities in people who abuse it. A gifted detective (Keanu Reeves) who gets addicted to the drug while working undercover develops a personality that becomes a dealer, which leads to problems when he is basically assigned to investigate himself.

Based on a Philip K. Dick novel, the film features a cross between live action photography and advanced animation techniques.