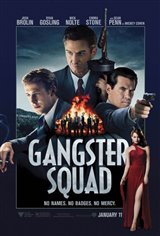 Set in Los Angeles in the 1940s, Brooklyn-born mob king Mickey Cohen (Sean Penn) runs the show under the protection of paid-off police officers and politicians.

Based on the book by Paul Lieberman.