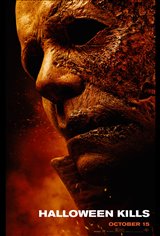 While in the hospital due to the events of the last installment, Laurie (Jamie Lee Curtis) learns that Michael survived her attempt to kill him. In an effort to fight back and bring her nightmare to an end, Laurie forms a team of those who have survived Michael's terrors the past 40 years.

With a trail of bodies leading to Michael's childhood home, Laurie and her group of survivors come to one conclusion — to bring the fight to him.

Based on characters by John Carpenter and Debra Hill, filmmakers David Gordon Green and Danny McBride craft a story that forges a new path from the events of the iconic 1978 film.