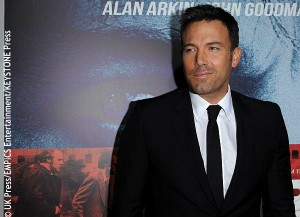 Ben Affleck has dropped out of the Warner Bros. film, Focus, according to Variety. The Argo actor would have played a veteran grifter opposite Kristen Stewart, who plays a new grifter that he takes under his wing, but things get complicated when they become romantically involved. The film is to be directed by Glenn Ficarra and John Requa from Crazy, Stupid, Love, which starred Ryan Gosling and Emma Stone. Sources claim Affleck “very much wanted to do the film, the timing just couldn’t be worked out.” The film is scheduled for an April 2013 start date.  ~Luxy Hariharan