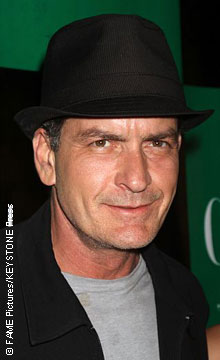 Former Two and a Half Men star Charlie Sheen, 47, believes troubled starlet Lindsay Lohan, 26, could learn from his mistakes – if she decides to take his advice, of course. On February 6, Lohan returned a dress half its original length after it ripped at a club following the amFAr fundraiser. Sheen arranged for Lohan get the dress from celebrity stylist Phillip Bloch to wear to the event. He even generously offered to pay for half of it but Lohan decided to borrow it instead. He told TMZ, “She can continue to hang out with her dress shredding club buddies, or turn to me for some advice from a guy who’s been down the road as well as every other side trail on the journey.” Sheen hasn’t given up on Lohan, saying, “If she listens, she’ll win.” He just may be the positive influence that she needs in her life right now. Sheen and Lohan will be starring together in Scary Movie 5, which is set to release next month. ~E. Guevarra