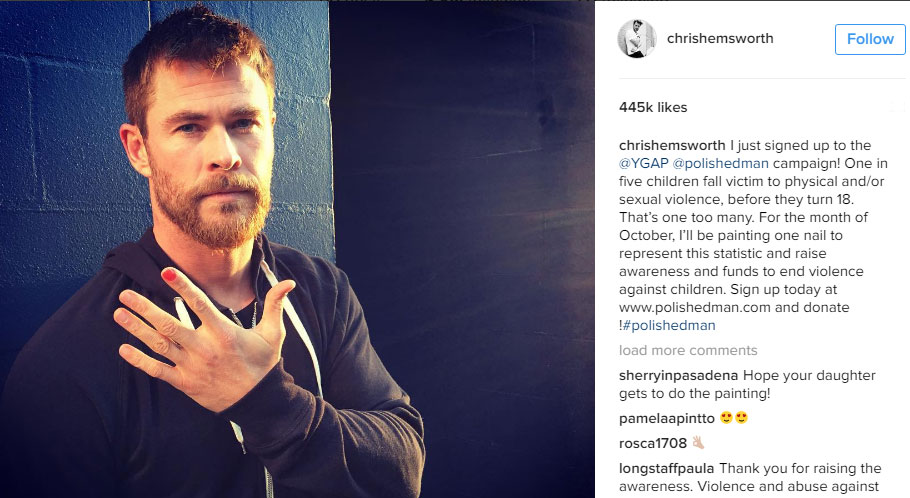 Chris Hemsworth, a.k.a. Thor, is polishing his nail(s) this October as part of the Polished Man campaign, which is working to stop child abuse.

The campaign, which was first launched in 2014 by the not-for-profit Australian-based organization YGAP, wants men (not just celebrities!) to post pictures of themselves with at least one fingernail painted. Many men are opting to do all of their fingers, some with a different color on every nail.

The inspiration for the campaign came when YGAP CEO Elliot Costello visited Cambodia, where he met a little girl named Thea who’d been removed from an abusive situation by the human rights organization Hagar International. He spent an afternoon with her, then let Thea paint his nails blue before they had to say goodbye.

YGAP’s website claims one in five children experiences physical and/or sexual abuse before reaching age 18, and most of this (90 percent) is committed by men. That’s why the organization is asking men to paint a fingernail a bright color — to bring worldwide attention to this issue.

All you have to do is paint at least one nail, then add the photo to Instagram and/or Twitter with the tag @polishedman or #polishedman.