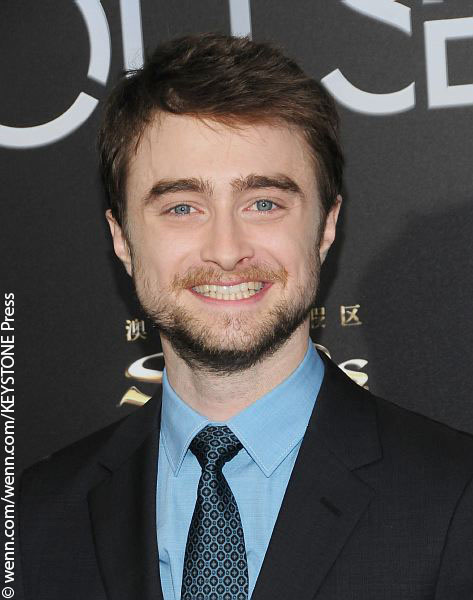 It turns out that Donald Trump was just as presumptuous 15 years ago as he is today.

When Daniel Radcliffe first entered the spotlight as Harry Potter, he was naturally nervous regarding TV appearances. To help combat his fears, he received some odd advice from Donald Trump during his first talk show appearance.

He recalled the experience in an interview with Seth Meyers on Monday night, saying, “It was my first time in New York and I was doing the Today show and I was like really nervous and 10 or 11 years old…I’d never been on live TV before, and I was terrified.”

Trump was brought over to meet the upcoming actor as they were both guests on NBC’s Today show.

“They marched me over to him and I remember having some idea of who he was, but not really a full concept,” Daniel admitted. “And he was like, ‘How are you?’ and I was like, ‘I’m really nervous. I don’t know what I’m gonna talk about on the show.’ And he just said, ‘You just tell them you met Mr. Trump.’ To this day, I can’t even relate to that level of confidence.”

Daniel decided not to follow Trump’s advice, adding, “How weirded out would the audience be? ‘That British kid really loves Trump. He’s really into real estate.’ ”

Check out Daniel Radcliffe in his new movie, Now You See Me 2, currently in theaters.

Would you take advice from Donald Trump? Tell us below! ~ Natalia Makarski