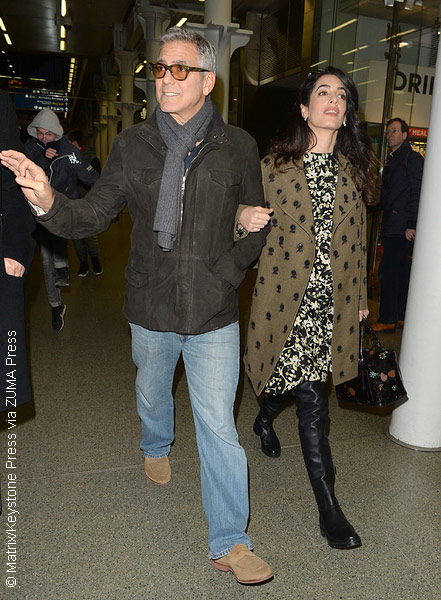 and Amal Clooney might just get a vote for parents of the year from a group of fellow flight passengers!

The pair, who were taking a British Airways flight from Los Angeles to England with their six-month-old twins Alexander and Ella, pre-emptively handed out special noise-canceling headphones to fellow first class passengers in case the babies got a little noisy. After all, flights can be uncomfortable for small children.

The limited edition wireless headphones are worth $350 and have George’s former Casamigos tequila company logo — which he sold earlier this year for a whopping $1 billion —  located on the side.

It’s quite a gift, considering only George, his business partner Rande Gerber and close family and friends have them.

Passengers also got a note from the couple on a George Clooney stationery card that read: “Our twins just discovered squawking!! Hope this helps make the flight a little quieter.”

However, as it turned out, the babies were quiet during the entire flight.