Box Office > New movies in theaters – The Favourite and more

New movies in theaters – The Favourite and more 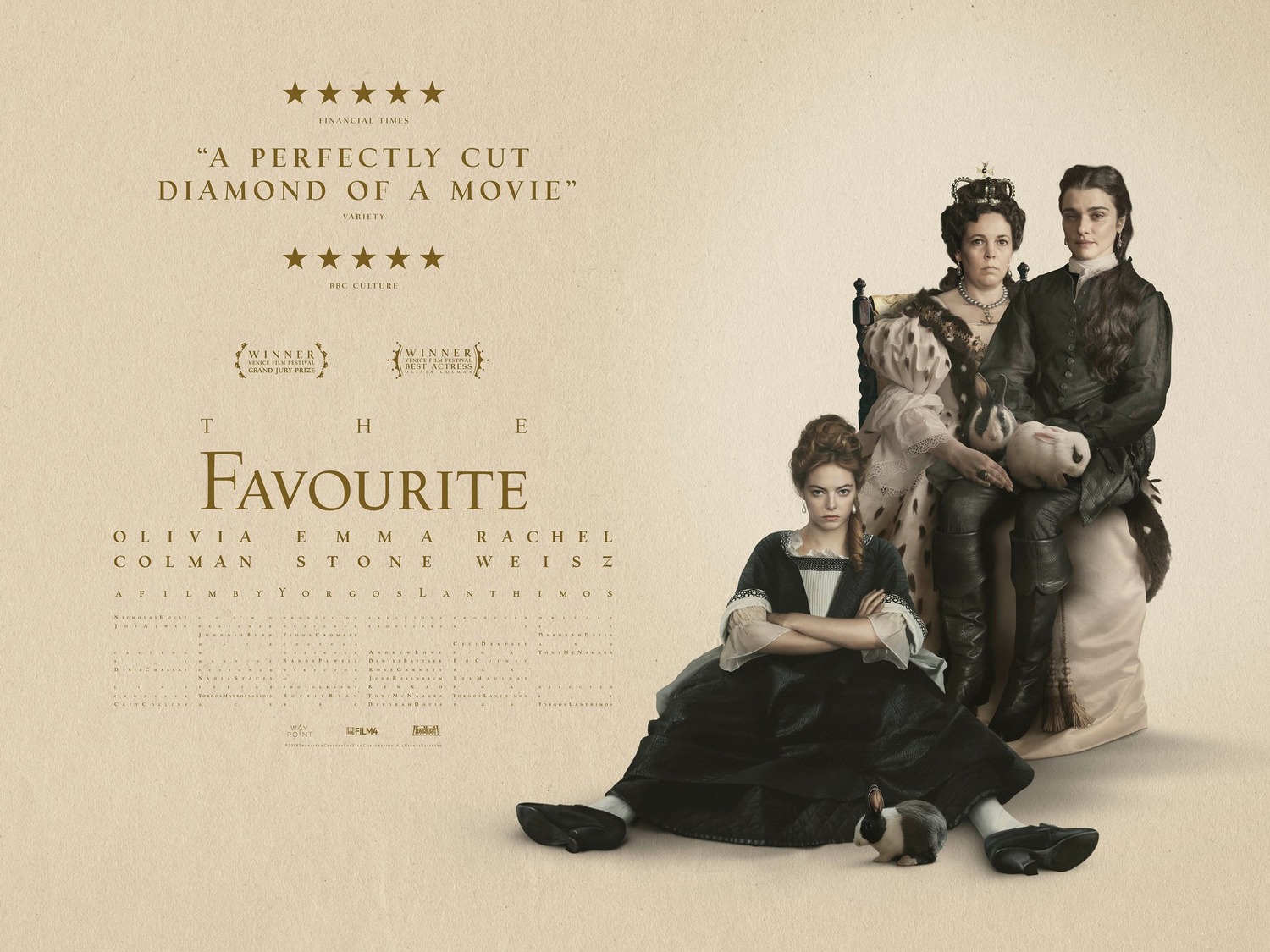 Just one wide release opening today in theaters but plenty of amazing smaller releases with A-list stars, including The Favourite starring Emma Stone, Rachel Weisz and Olivia Colman (who is taking over from Claire Foy as an older Queen Elizabeth II in the third season of the hit Netflix series The Crown). These three ladies shared a Best Ensemble Performance award at the Gotham Independent Film Awards this year for their work in the film.

Also debuting today is the hitman comedy Dead in a Week (Or Your Money Back), the horror film The Possession of Hannah Grace, and the documentary Prosecuting Evil: The Extraordinary World of Ben Ferencz, which tells the important story of how Mr. Ferencz has worked for decades to do what he can to protect humanity from horrendous war crimes. Also, if you’ve got little ones, you won’t want to miss Elliot the Littlest Reindeer, showing only on Sunday. Check out what’s new below! ~Alexandra Heilbron

The Possession of Hannah Grace – Disgraced ex-cop Megan Reed (Shay Mitchell), who has just come out of rehab, takes the graveyard shift in the morgue of a hospital. Not long after, when a brutally disfigured cadaver is delivered to the morgue, Megan begins to experience horrifying visions that lead her to suspect the body may be possessed by a demonic force. Click here for showtimes.
Trailer: The Possession of Hannah Grace

The Favourite – Queen Anne’s (Olivia Colman) close friend Lady Sarah Churchill (Rachel Weisz) tends to the governing monarch, who is suffering from poor health. When Abigail Masham (Emma Stone), a new servant with aristrocratic roots arrives, Sarah takes to the new girl and has her step in as the Queen’s companion, while Sarah focuses on governing England, which is at war with France. Opening in Toronto today and on Dec. 7 in Montreal and Vancouver. Click here for showtimes.
Trailer: The Favourite

Dead in a Week (Or Your Money Back) – Aspiring writer William (Aneurin Barnard), 27, has tried to commit suicide 10 times, without luck. He decides to hire a genial professional hitman, Leslie (Tom Wilkinson), 65, who promises William he’ll be dead in a week, or he’ll get his money back. However, just after William signs a contract with Leslie, he gets a call from a publisher interested in his work — and meets the woman of his dreams. William wants to call off the hit, but Leslie refuses. Opening in Toronto/Ottawa. Click here for showtimes.
Trailer: Dead in a Week (Or Your Money Back)

Clara – An astronomer, obsessed with being the first in his field to find signs of life beyond Earth, hires Clara, the only applicant who responds to his ad for a research assistant. As they work together to discover a nearby solar system, a bond develops between them. Their own personal tragedies are revealed, which begins to explain why they find meaning in this search for life elsewhere. Opening in select cities. Click here for showtimes.
Trailer: Clara

Prosecuting Evil: The Extraordinary World of Ben Ferencz – During World War II, Ben Ferencz joined the U.S. Army and in 1945, when the Nazis were defeated, he was tasked with setting up a war crimes branch. Sent to concentration camps to collect evidence, he was traumatized for life by what he saw. A Harvard Law School graduate, after he gathered enough incriminating evidence to prosecute 22 Einsatzgruppen Nazis responsible for the brutal murders of over a million people, Ferencz, only 27, was made lead prosecutor at the Nuremberg war crimes trials. This is his story. Opening in Toronto, Montreal and Vancouver. Click here for showtimes.
Trailer: Prosecuting Evil: The Extraordinary World of Ben Ferencz

Nothing Like a Dame – British stage and screen legends Dame Maggie Smith, Dame Judi Dench, Dame Eileen Atkins, and Dame Joan Plowright are among the most celebrated actresses of our time, with scores of iconic performances, and innumerable Oscars, Tonys, Emmys, and BAFTAs between them. Longtime friends, they invite you to join them for a weekend in the country as they catch up with one another, reminisce, and share their candid, delightfully irreverent thoughts on everything from art to aging to love to a life lived in the spotlight. Opening in Toronto, Calgary, Edmonton, Regina, Saskatoon, Waterloo and Victoria. Click here for showtimes.
Trailer: Nothing Like a Dame

Elliot the Littlest Reindeer – When Santa’s Workshop announces that Blitzen is retiring from Santa’s team, miniature horse Elliot (voice of Josh Hutcherson) sees it as his chance to become one of Santa’s reindeer. With the help of his goat friend Hazel, the little horse trains hard to fulfill his lifelong dream of earning a spot alongside the remaining reindeer who pull Santa’s sleigh each Christmas Eve. Playing Sunday Dec. 2 in select theatres only. Click here for showtimes.
Trailer: Elliot the Littlest Reindeer

Tiger – Pardeep Singh Nagra (Prem Singh), a practicing Sikh, is banned from the sport of boxing for refusing to shave his beard in accordance with his religious beliefs. With the support of his coach and mentor Frank Donovan (Mickey Rourke), Pardeep fights back against the ban. Playing in Toronto, Vancouver, Mississauga and Surrey. Click here for showtimes.
Trailer: Tiger

Unstoppable – When his wife, Ji-Soo (Song Ji-Hyo), is kidnapped from their home, legendary retired gangster Dong-Chul (Don Lee) must once again become the brutal criminal he left behind in order to get her back. In Korean with English subtitles. Playing in Toronto and Coquitlam. Click here for showtimes.
Trailer: Unstoppable

ROMA – From director Alfonso Cuarón comes this story of life in Mexico City, as seen through the eyes of a live-in housekeeper for a middle-class family with four children. Opening in Toronto today. Debuts on Netflix Dec. 14. Click here for showtimes.
Trailer: ROMA


box office Clara Dead in a Week (Or Your Money Back) nothing like a dame Prosecuting Evil: The Extraordinary World of Ben Ferencz The Favourite The Possession of Hannah Grace Tiger Unstoppable weekend