Features > New movies on DVD – Stuber, The Art of Self-Defense and more 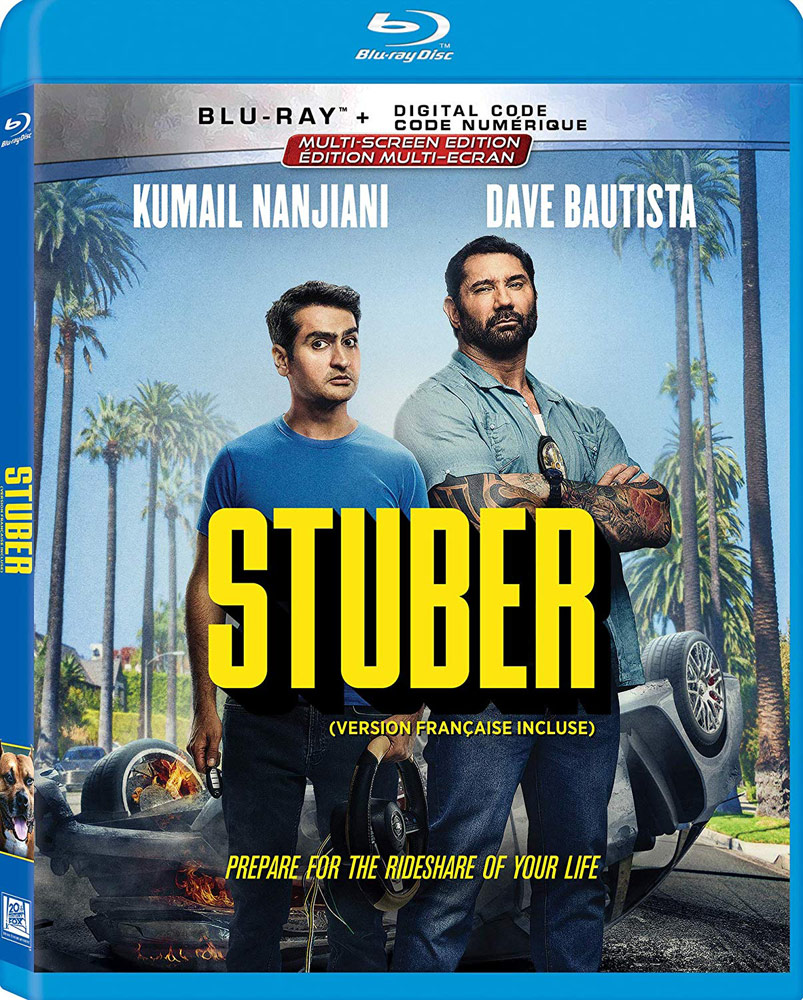 This week’s Blu-ray and DVD releases take you for a wild ride with the creature feature, Crawl and the buddy cop comedy, Stuber. Rounding out this week’s home releases are a romance, a martial arts comedy/drama, a horror, a thriller and a music documentary. ~Alexandra Heilbron

Stuber – After receiving Lasik eye surgery, Detective Vic Manning (Dave Bautista) is given a new lead on a drug kingpin he’s been after for years. Unable to drive, he enlists the services of Uber driver Stu (Kumail Nanjiani) to get him around town until his vision returns.
Trailer: Stuber

Crawl – With a Category 5 hurricane on its way to the state of Florida, Haley Keller (Kaya Scodelario) heads to her father Dave’s (Barry Pepper) house to search for him, only to find him trapped in the flooring underneath the house. While attempting to save him from the flooding, she also becomes trapped, with alligators on the loose.
Trailer: Crawl

The Art of Self-Defense – When Casey (Jesse Eisenberg), a meek and socially awkward accountant, is attacked at random by a group of thugs on the street, he decides to learn self-defense. He finds a karate dojo led by a charismatic and mysterious sensei (Alessandro Nivola) and enrolls. However, as he rises in belt colors, he’s invited to a series of private night classes, where he uncovers a sinister world of violence and toxic masculinity. Click here to read our review.
Trailer: The Art of Self-Defense

Can You Keep a Secret? – Emma Corrigan (Alexandra Daddario) is a nervous flyer. When the plane she’s on experiences turbulence, she thinks they’re about to crash and spills her inner secrets to the stranger seated next to her. At least, she thought he was a stranger… Until she later meets Jack (Tyler Hoechlin), her company’s young CEO, who now knows every humiliating detail about her. Based on the hilarious novel of the same name by Sophie Kinsella.
Trailer: Can You Keep a Secret?

The Haunting of Hill House – Starring Michiel Huisman and Elizabeth Reaser, this 10-episode Netflix series is a modern take on the story of five siblings who grew up in Hill House, known as the most famous haunted house in America. Now adults, they’re reunited when their youngest sister commits suicide, forcing them to finally confront the ghosts of their own pasts.
Trailer: The Haunting of Hill House

Night Hunter – When police detective Marshall (Henry Cavill) and local vigilante Cooper (Ben Kingsley) catch a serial killer targeting women, they discover his game has just begun. The hunt is on as the murderer masterminds a series of deadly attacks from behind bars. Now in a desperate race against time, Marshall and Cooper fight to stay one step ahead of their suspect’s deadly plan.
Trailer: Night Hunter


Blu-Ray Can You Keep a Secret? Crawl dvd Marianne & Leonard: Words of Love Night Hunter Stuber The Art of Self-Defense The Haunting of Hill House